Harbury’s strategic location has meant that people have lived near the village since c.1400BC. Located on a hill some 400ft above sea level and more than 100ft above the surrounding landscape, Harbury was readily defendable and the original hill fort was located near Harbury house to the east of the church.

Key pre-historic trade routes running north-south ran down modern day Ivy Lane and Church Terrace, while the main route between Warwick and London forms part of the southern boundary of the parish.

The name of the village derives from Hereburgh’s Byrig – ‘byrig’ being an Anglo-Saxon term meaning a fortified village or settlement. Hereburgh (or Heber) is presumed to be the female leader of an Iron Age tribe who settled at the site c.500BC.

The Romans who constructed a fort at nearby Chesterton, and who built the Fosse Way which today forms the western boundary of the parish, didn’t, so far as we can tell, actually settle in Harbury, though no doubt they had contact with those who lived here.

The departure of the Roman legions from Britain in the early 5th century AD was followed swiftly by several waves of Anglo-Saxon invaders, some of whom settled in Harbury. We have little information as to what village life was like in the so-called ‘Dark Ages’ but it is likely that Anglo-Saxons introduced crop rotation systems and the ridge and furrow system of ploughing.

The Viking invasions of the 9th century would also have impacted on the village as Viking raiders passed nearby, though ultimately Harbury did not form part of the Danelaw but remained under English control.

Following the Norman conquest some of the land near Harbury was distributed to various great landowners, many of them associated with the church. Monasteries in Coventry and Kenilworth, for instance, as well as the Knights Templar owned land in the parish.

The oldest building in the parish is All Saints Church, which was built in the late 13th century, but there are several private homes in the village which date back to the 15th and 16th centuries including the first school, the Wagstaffe School, founded in 1611. Towards the end of the 17th century two small satellite settlements at Binswood End and Temple End grew up in addition to the main concentration of dwellings near the church, but other than that Harbury remained roughly the same size for hundreds of years.

The poor soil meant that life in the village was hard, and few would have described the inhabitants as prosperous.

In the early 19th century quarrying began at the Bishops Bowl site, significantly affecting the life of the village. Many villagers found work as quarrymen, and new houses were built at Deppers Bridge to accommodate the additional workers.

The Blue Lias limestone was laid down millions of years ago when the area was covered by a shallow sea. Fossil remains of a plesiosaur and an ichthyosaur were found in the quarries in the 1920s and eventually donated to the Natural History Museum.

In 1847 the railway came to Harbury with the construction of the main Oxford to Birmingham GWR line. Harbury cutting, to the north of the village, was a significant engineering feat. At over 100ft deep it was, at the time, the largest man-made cutting in the world – entirely dug by hand. The workers employed to build the line required housing which was constructed in the village, and increased the demand for local services.

The co-op (c.1863) and most of the village pubs date from the mid-19th century (though some such as The Shakespeare occupy much older buildings), and six still operate in the parish today. Two non-conformist chapels also date from the 19th century (both are private dwellings today) as does the Wight School which opened in 1856 and served as the village school until the mid-20th century.

The village grew rapidly during the 20th century, with new council housing being build on the south side of the village between the wars, and new private housing estates filling in the gaps between the centre of the village and Binswood and Temple Ends. With the increase in population came a need for a proper village hall which was opened in 1962 and a new school which was finished in 1967.

By 2001 Harbury’s population had reached 2,500 and its inhabitants worked as far afield as Birmingham and London (using the nearby M40 which opened in 1990). Despite the growth of the past century, Harbury retains its village character, and is not due to grow much further in the near future. 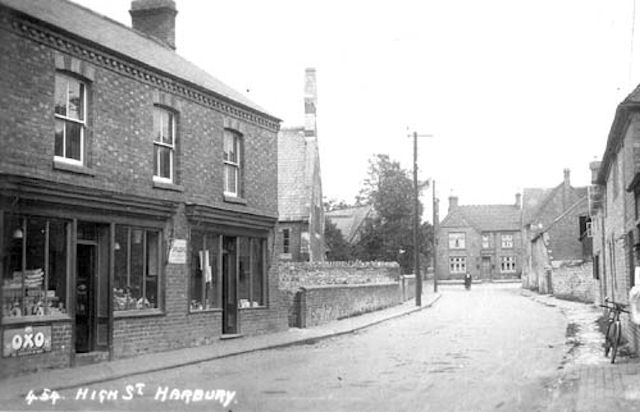 Harbury Heritage Centre has produced a guide to the village, including a brief history of Harbury and a map including the WW1 Blue Plaque locations: 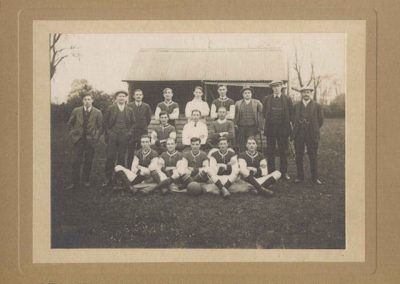 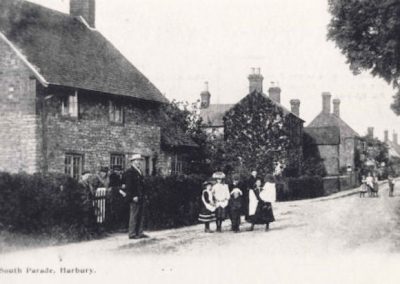 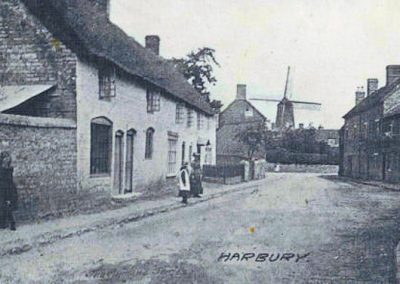 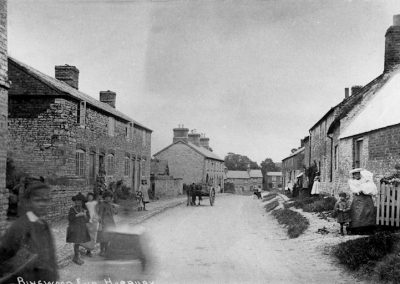 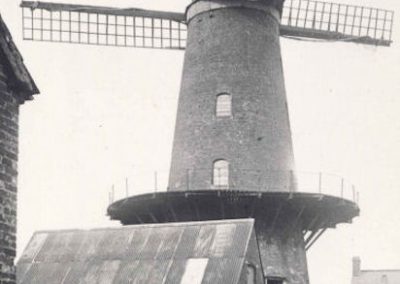 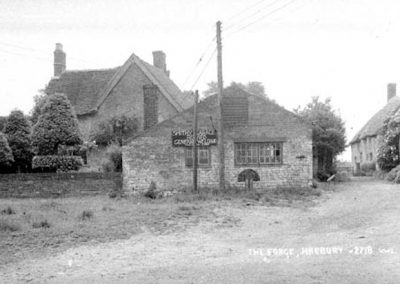 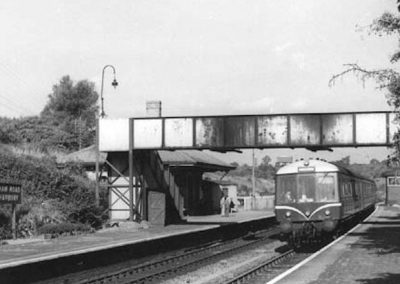 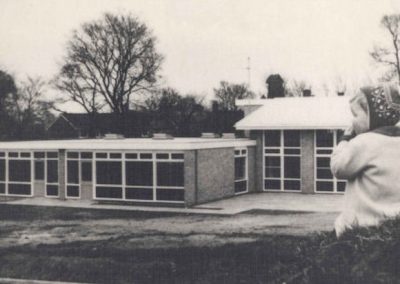