Welcome to the website for the Harbury WW1 Memorial Trail.

These pages are dedicated to keeping alive the memory of the village men who died in The Great War. 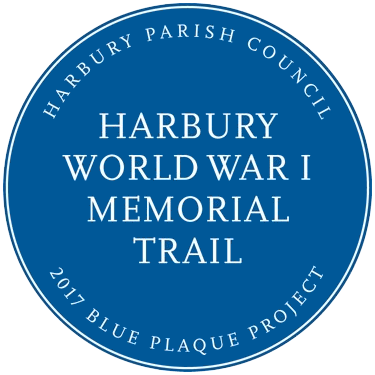 There are three war memorials in Harbury.

The one in Crown Street (then called Pump Street), was dedicated on Sunday 5 September 1920, with the Rev J Beardsworth conducting the service and Captain G Osborne of Harbury Hall unveiling the cross and giving a short address. Rev Beardsworth had lost his son, and Captain Osborne his brother. The Leamington Courier reported that ‘practically the whole of the villagers were present’.

Two further memorials, which are similar, were later dedicated inside the Church and in the Village Club.

The men honoured on these memorials died a century ago, and the generations that knew them have passed on, too. The memories of these village men, and those that fought and survived, have begun to fade. The names are read out every Remembrance Sunday, and today’s vicar and villagers cluster around the war memorial to hear the last post.

Who were these men? What did they do and where did they live in the village? These are common thoughts during the silence.

Approximately one in ten of the village men of fighting age at the time were killed in the four years of war, affecting most village families. As the centenary of WW1 passes Harbury Parish Council decided that something more was needed to keep the memory of these men alive for future generations. 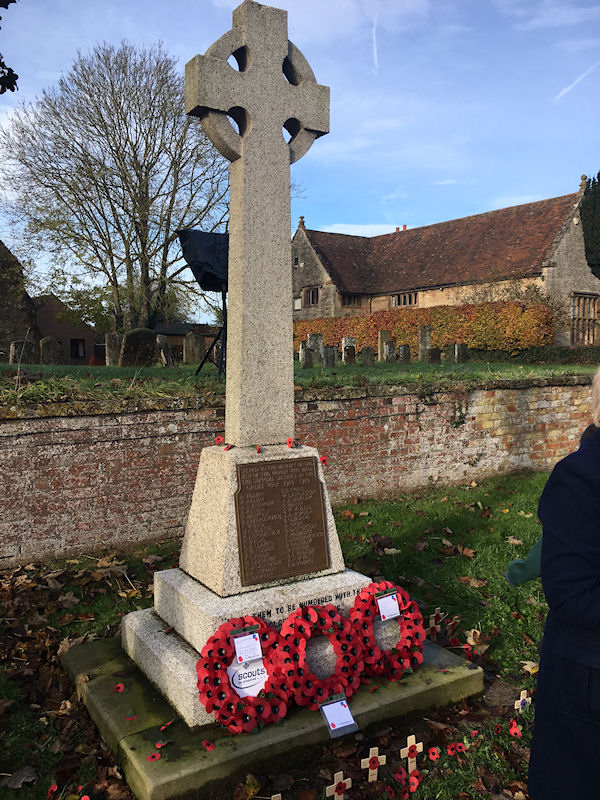 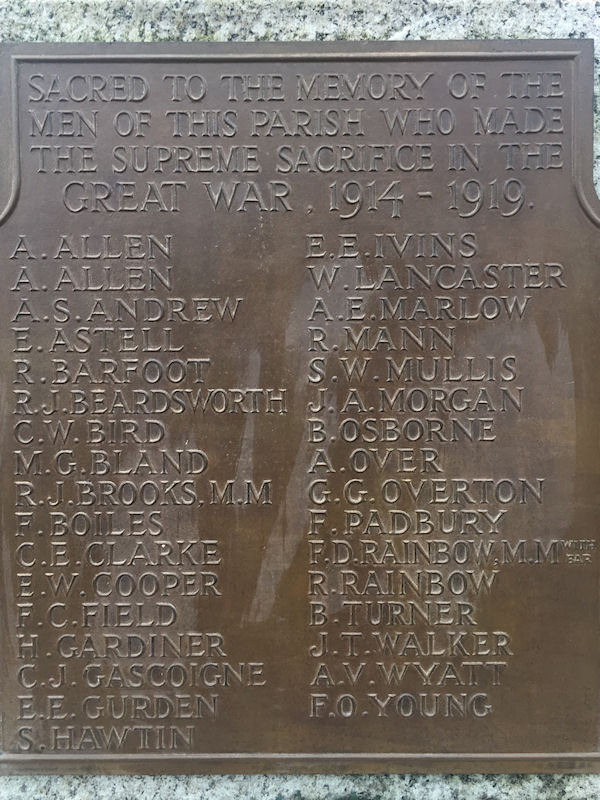 Detail on the Crown Street War Memorial in Harbury 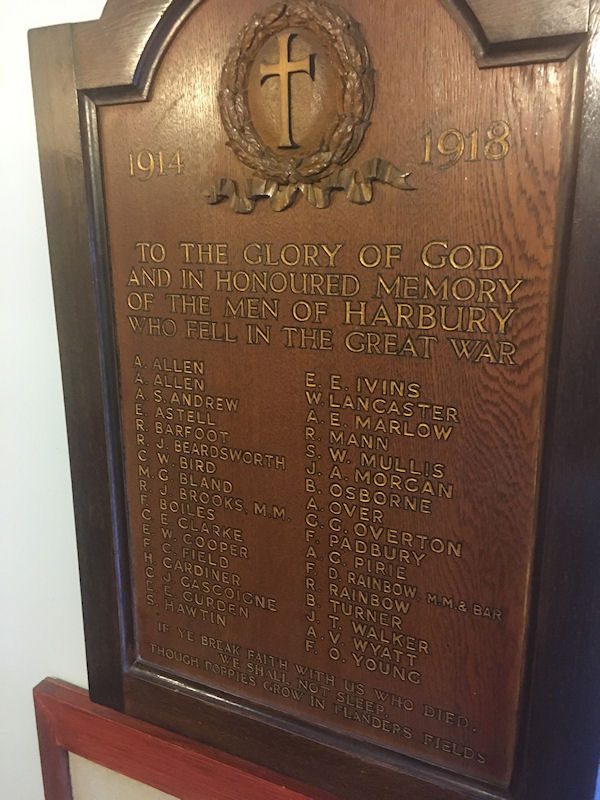 How the Project Developed

We gathered several times in the Village Hall in 2015/6 to hear from the following experts on the subject, and learn more about it:

Then we set about the task of researching each of the 34 men, who we quickly found came from all walks of life, died in different parts of the world, and fought for Canada as well as Britain.

Our task was greatly helped at the start by extensive research undertaken over several years by Sharon Hancock. We made extensive use of the British Newspaper Archive in our community-run Harbury Library, as well as websites such as that of the Commonwealth War Graves Commission, the village Heritage Room archives and a 1913 property register held in the Kew Archives.

Eventually we had gathered a large amount of information, certificates, maps and photographs, and were able to identify the locations where 25 of the men had lived just before WW1. In some cases the houses have long disappeared, but many are still with us today. The Project Board reviewed each biography and had to be convinced there was enough evidence in each case to merit a plaque.

Volunteer Richard Marshall-Hardy then set about the task of identifying a location for a plaque to identify each property, or where it once stood, and obtaining the current occupier’s consent. In two cases listed building consent was required and obtained by the Parish Council, thanks to the efforts of Parish Clerk, Alison Biddle. Richard designed 19 plaques, commemorating 20 men, and these were ordered from Croft Castings Ltd. of Whitby, Yorkshire.

Meanwhile the research was gathered together by villager Alice Woodhouse, who had just graduated in English from Exeter University, and was of a similar age to most of the subjects of the research. Alice then wrote up a biography for each man in a style to appeal equally to a school age reader, older members of our community and visitors.

In early 2017 we chose builders TM & JM Grey of Southam to install the plaques around the village, and these were installed in February and March.

Tony Jay, our web designer, has taken the text, photographs, certificates and map and turned them into this section on the Parish Council website.

Volunteer Iain Coupar, from Scotland drew up the map. We hope villagers and visitors will use the map to visit all 19 plaques over a series of sunny weekends, and stop at each to remember the young man represented by the plaque, and read their story as told on the website.

It doesn’t end there. We fully expect more information to come to light about the men, as the plaques generate interest. If you have this information, please contact Councillor Chris Gibb (contact details above right) and we will update the project. All our research will be held by the Heritage Room; where anyone can read it and add to it.

Harbury Church of England Primary School has the responsibility of educating future generations of village children, and will use the men’s stories and the blue plaques to teach history to the children, with a strong local angle.

We think this is the best way to keep the memory of the men listed on our war memorials alive with future generations.

The whole project has been made possible by grants from the Heritage Lottery Foundation and local business CLGR Limited, owned by Cllr Gibb and his wife Cathy.

We thank, too, all the people mentioned in ‘The Project Development’ section above for all their contributions to this project. 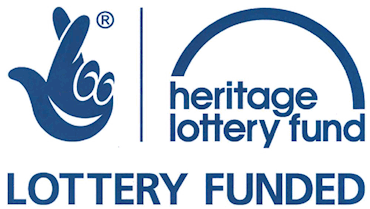 A Final Word from the Project Leader

Finally I, and the many people involved in this project, have got to know our fallen village men well over the last two years, and we salute them as soldiers, sailors, sons, fathers, brothers and men of Harbury.

All links below open in a new tab