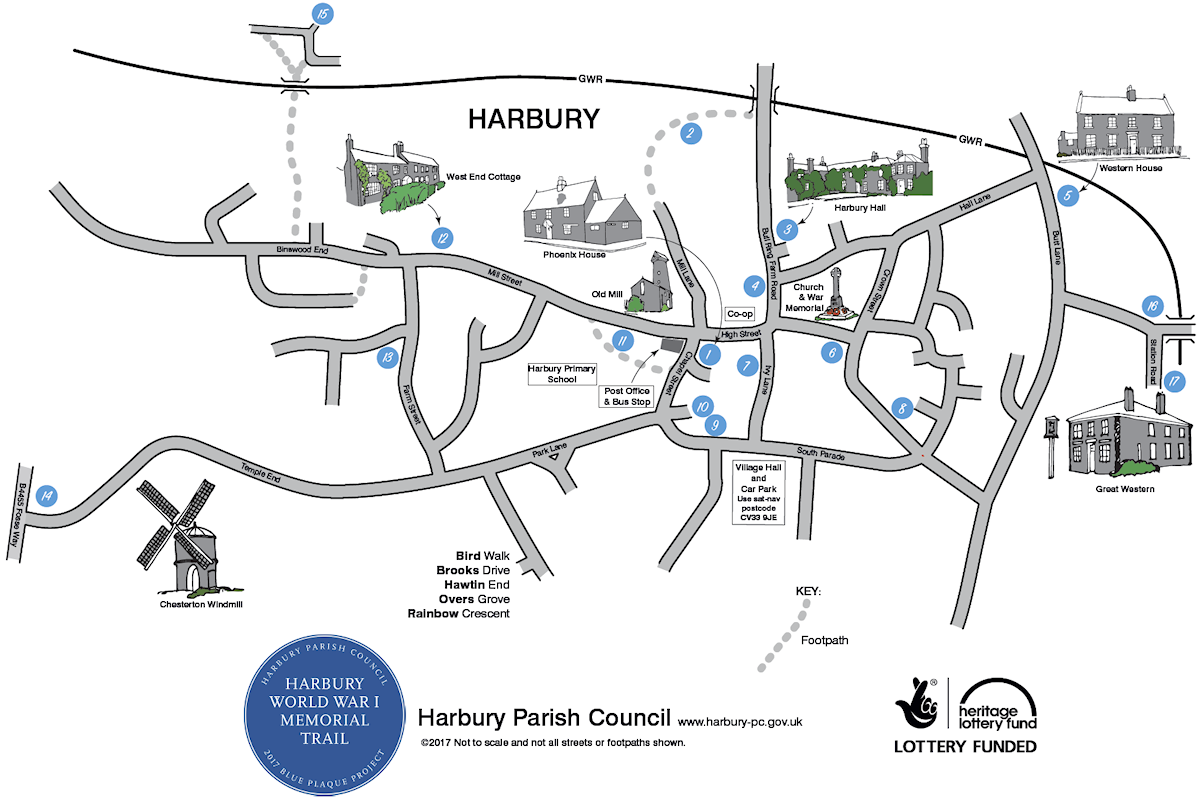 The map above depicts the locations of the Blue Plaques around the village. A printable version is available below:

Each plaque location relates to one, or more, of the Men of WW1 honoured on our war memorials:

The following are also honoured, but do not have associated Blue Plaques:

Read about each of these men on our Men of WWI page, or click an individual name above.

A new estate in Harbury has five roads named after some of the men who lived in the village, and who gave their lives in World War 1. The five men are Charles Bird, Raymond Brooks, Stephen Hawtin, Alfred Overs and Frank Rainbow.

Read more about the development in the document below: