The community of the Warwickshire village of Harbury gathered on Wednesday 3 May 2017 to mark the centenary of the death of then vicar’s son, Reginald ‘Rex’ Beardsworth, at Vimy Ridge on 3 May 1917.

Rex died fighting for a Canadian Regiment after he had recently emigrated to Canada, and was one of 33 men from the village who were killed in World War 1.

Harbury villagers have spent the last two years researching the men’s stories, and are now marking their former homes in the village with plaques to commemorate those who died.

Nineteen blue plaques have been erected around the village, on houses or at locations where the men lived, and five new streets in a housing development being built by David Wilson Homes are being named after the men.

Two hundred children from Harbury Primary School joined the community, relatives of the fallen and guests at All Saints Church, Harbury, for a short service of remembrance. The names of the fallen were read out by a relative and past and present pupils of the school.

The guest of honour was Lieutenant Colonel Simon Rushen, Chief of Staff of the Canadian Armed Forces in the United Kingdom, who addressed the congregation. Her Majesty the Queen was represented by Timothy Cox, Lord Lieutenant of Warwickshire. The service was conducted by the current vicar, Rev. Craig Groocock.

Among the guests was Imogen Dawes, niece of Rex Beardsworth; the great-granddaughter of the Rev. John Beardsworth, Harbury’s vicar from 1897 to 1922, and Rex Beardsworth’s father. Imogen was traced as part of the research, and travelled from Berkshire for the event.

The research by the community has been led by the Parish Council, and the project has been supported by a grant from the Heritage Lottery Foundation and a local business.

Already it has connected up family of the fallen across continents, says project leader and Parish Councillor, Chris Gibb: “The website was spotted by family of Reuben Barfoot in Utah, USA, and we were able to put them in touch with other family members in Warwickshire. They all attended and met up for the first time yesterday”. Reuben Barfoot fell at Ypres on 22 May, 1917, aged 23. Before the war he had been a jockey and lived beside the Fosse Way near Harbury.

The 33 men who were killed represented about one in ten of the villagers eligible to fight. They came from all walks of life: as well as the vicar’s son, there were cavalry officers from the village’s grand houses, a butcher, jockey, bank clerk, railwayman, farmhands and professional soldiers and sailors. They fell on the western front, but also far from home, off the coast of Chile and in Greece, and are mostly buried in Commonwealth War Graves. Several clearly covered up their age to sign up. Most of the village cricket team served, and five were killed.

“We all wanted to do something more to keep the memory of these men alive, and we look to our excellent community school to tell their stories to future generations”, says Chris Gibb. 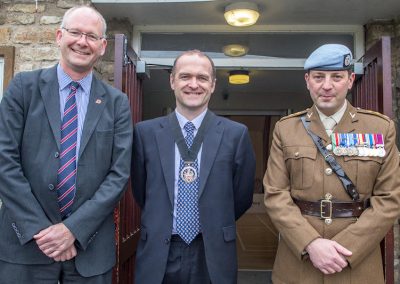 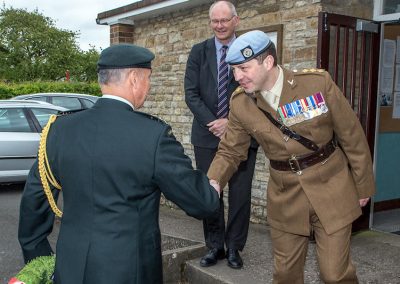 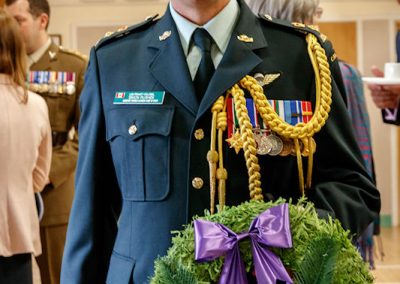 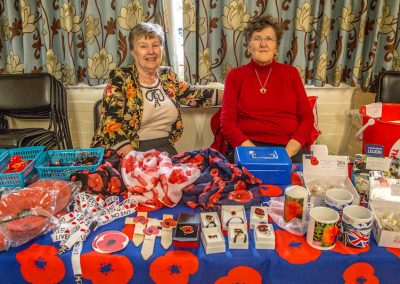 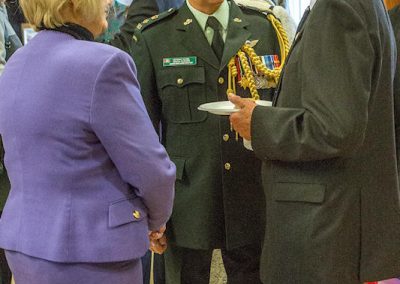 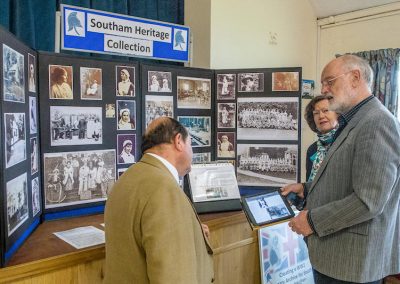 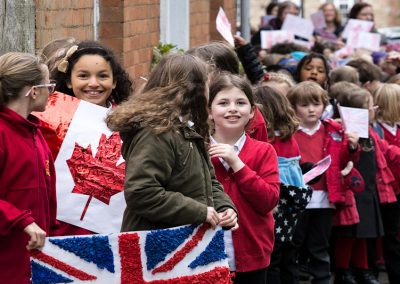 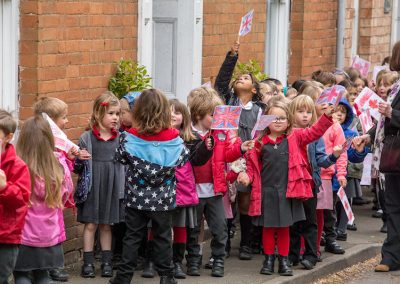 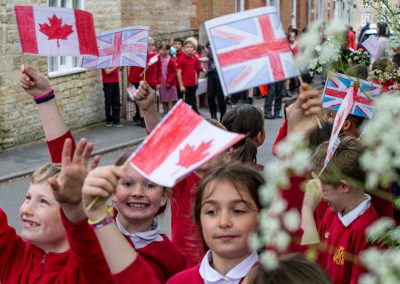 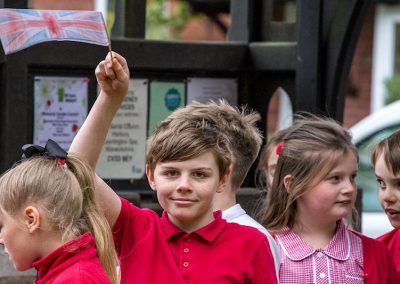 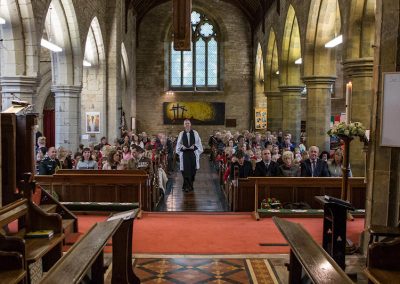 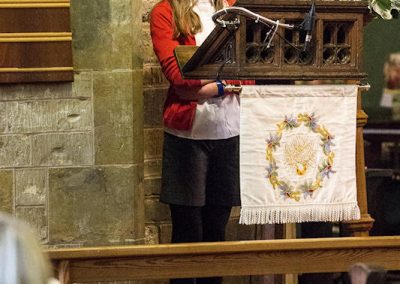 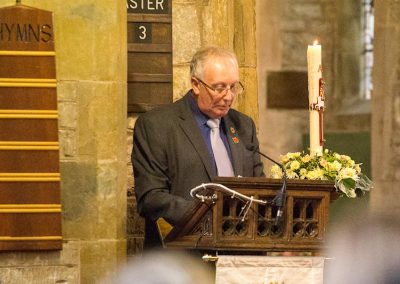 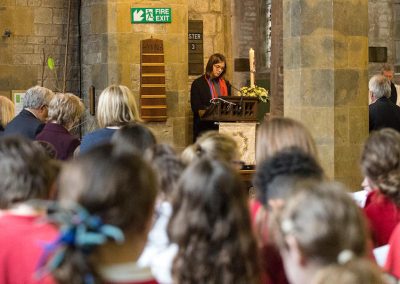 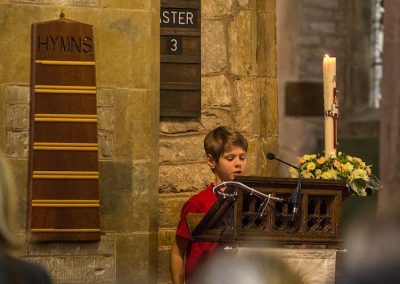 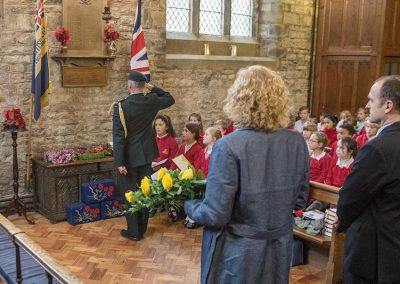 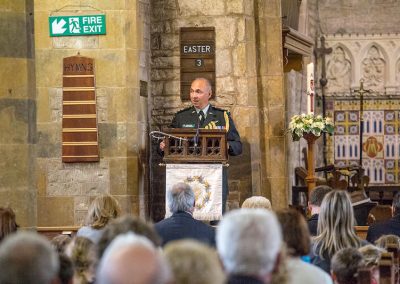 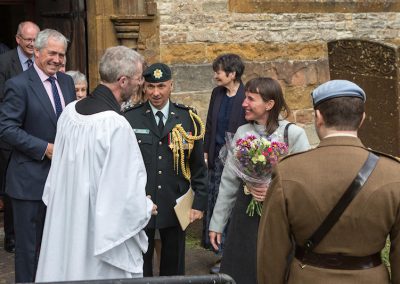 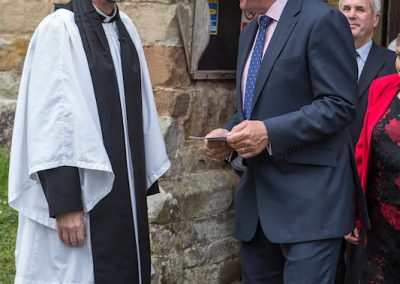 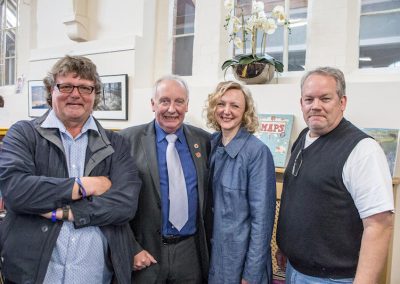 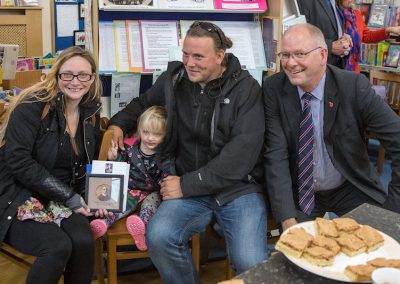 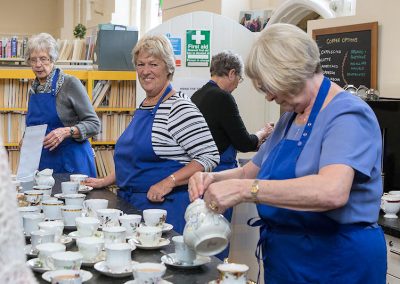 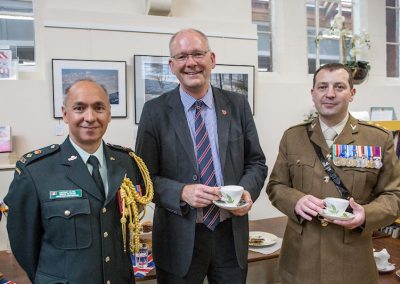 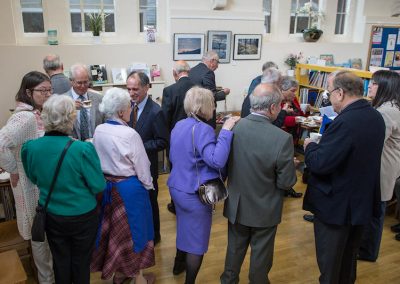